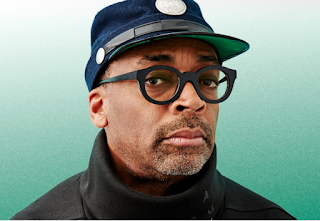 The BFI is awarding director, writer, actor, producer, author and professor Spike Lee with a BFI Fellowship, its highest honour. It celebrates Lee’s pioneering body of work over more than 30 years which has chronicled black lives through bold and inventive cinematic works of art from feature films and documentary to television, music, commercials and books.

BFI Chair Tim Richards  said “Spike Lee has such a distinctive voice as an auteur, unafraid to challenge ideas of race, gender and class throughout his career with his unique cinematic style. A true renaissance man and pioneer, he has excelled in so many art forms, staying original, fresh and as relevant to contemporary audiences as those who have enjoyed his work for over 30 years. I am delighted to be celebrating his enormous talent and individuality with a BFI Fellowship.”

Spike Lee said “I’m blessed to live up to my Ancestors' credo “Deeds, Not Words”. I thank the BFI for helping  me in continuing my generations of family legacy. Peace and love. Ya-dig ? Sho-nuff.” 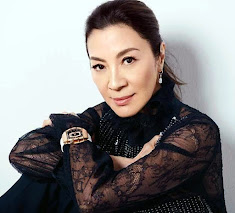 The UK's leading film critics have announced that actress, producer and UNDP Goodwill Ambassador Michelle Yeoh will receive their top honour, the Dilys Powell Award for Excellence in Film, at the 43rd London Critics' Circle Film Awards ceremony on 5 February.

"Michelle Yeoh has been a favourite of the London critics from her earliest Hong Kong outings, even before she teamed up with James Bond in Tomorrow Never Dies," said Rich Cline, Chair of the Critics' Circle Film Section. "And we named her blockbuster fantasy Crouching Tiger, Hidden Dragon the Foreign-Language Film of the Year 2000. We are delighted to give the Dilys Powell award to such a wonderful icon. She has a unique ability to combine take-no-prisoners action, wry humour and deeper emotional resonance in her roles."
Yeoh has received critical acclaim for her portrayal of Evelyn Wang, a mother discovering her identity in the multiverse, in the multi-Oscar and Bafta-nominated Everything Everywhere All at Once. She won the Golden Globe for Best Actress in a Drama, and also earned her first Oscar nomination, a second Bafta nomination, SAG nomination and Critics Choice nomination for the role.

Born in Ipoh, Malaysia, Yeoh studied ballet from the age of 4 and moved to London to study at the Royal Academy as a teen. When an injury ended her career in dance, Yeoh went on to earn a BA in creative arts, minoring in drama, in 1982. Known as Michelle Khan in her early films, she achieved fame in the 1990s with starring roles in Hong Kong action films such as Yes, Madam (1985), In the Line of Duty (1986) and Police Story 3: Supercop (1992), in which she also performed her own stunts.

More recently, she brought star power to supporting roles in romantic comedies Crazy Rich Asians (2018) and Last Christmas (2019), and she took on the Marvel Cinematic Universe in both Guardians of the Galaxy: Vol 2 (2017) and Shang-Chi and the Legend of the Ten Rings (2021). Meanwhile on TV, Yeoh’s recurring roles in The Witcher: Blood Origin and Star Trek: Discovery has made her a favourite of fantasy and science-fiction fans.

Yeoh is currently in pre-production on Jon M Chu’s Wicked as Madame Morrible, and she recently wrapped production on Kenneth Branagh’s A Haunting in Venice. Upcoming this year, she will star in American Born Chinese and The Brothers Sun. 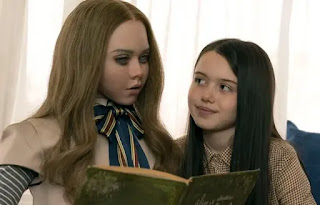 Violet McGraw, the child actor who played one of the main characters from the smash hit horror flick M3GAN, made a killing on the film, according to the US gossip website TMZ.

The 11-year-old actress was paid $3,932.50 per week, and guaranteed 4 weeks of work. She ended up getting an extra 2 weeks on top of that for the government-mandated quarantine in New Zealand, where they filmed. The contract also says she gets bonuses based on how well the movie does at the box office -- and as it's made more than $73 mil in the U.S., Violet's potentially looking at an extra $150,000

Violet playing Cady, the newly-orphaned young girl who's sent to live with her Aunt Gemma ... a roboticist played by Allison Williams, responsible for designing the AI-fueled M3GAN, which turns into a killing machine. 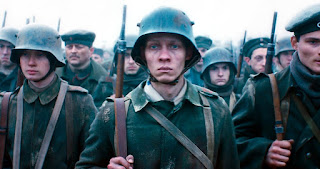 Netfix’s German First World War drama All Quiet on the Western Front leads the nominations for this year’s Bafta film awards with a record-equalling 14 nods, while there a 10 apiece for The Banshees of Inisherin and Everything Everywhere All At Once. Elvis has 9, Tár 5 and Aftersun, The Batman, Top Gun: Maverick, The Whale and Good Luck to You, Leo Grande 4 each.

Nominees in the acting categories this year include Cate Blanchett, Emma Thompson, Colin Farrell, Michelle Yeoh, Eddie Redmayne and Viola Davis. But there are some notable absences - such as actress Olivia Colman and director Steven Spielberg - neither of whom made the longlist.

The Awards ceremony will take place on 19 February at the Royal Festival Hall in London and will be shown on BBC One.

The full list of nominations can be found at https://movies1.tv/742-2/ 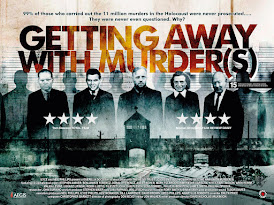 The filmmakers behind the highly-acclaimed Holocaust documentary Getting Away with Murder(s) have decided to give people the opportunity to view the film for free to mark Holocaust Memorial Day on Friday January 27th.

After a successful cinema release in UK cinemas, it will be shown here on More4 and streamed on All4. It will also be shown on TV in several other European countries and available for free via select streaming platforms in the USA, Canada and Australia.

Director David Wilkinson thought outside the box, “We made this film with the intention for it to be seen by as many people as possible to educate them about the atrocities. Doing this  ensures that anyone who wants to see the film can view it for free. With the rise in antisemitism worldwide, everyone involved with the film agreed”.

Despite the extensive documentary coverage of the Holocaust to date, not one film has ever explored in any depth the almost total lack of justice, statistically, towards the vast numbers of eagerly-participating perpetrators who, at war’s end, simply walked away – untouched by justice. Nearly1 million people in 22 countries carried out the unprovoked murder of well over six million innocent men, women and children but 99% of those responsible were never prosecuted and most were never even questioned.

Everything Everywhere All at Once and The Banshees of Inisherin, with five nominations each, lead the nominations for the 2023 Screen Actors Guild Awards announced today.

Hard-campaigning actors like Adam Sandler (Hustle) and Stephanie Hsu (Everything Everywhere All at Once) finally made it into the mix, while others expected to land acting nominations were passed over, such as Michelle Williams in The Fabelmans or the vast female cast of Women Talking (though both films picked up ensemble nominations). The entire four-person principals of Everything Everywhere All at Once and The Banshees of Inisherin were recognized both individually as actors and as an ensemble.

In the television categories, Ozark led all shows with four nominations, while Better Call Saul, Barry and Only Murders in the Building received three and Abbott Elementary, Hacks, The Bear, Severance, The White Lotus, The Crown, Dahmer: Monster – The Jeffrey Dahmer Story and Black Bird received two.

They sure eat well in the golden age of Hollywood! We've just discovered this menu from the Warner Bros. Studio Cafe in Burbank, California, dated 17 February, 1941. The prices are all in cents. 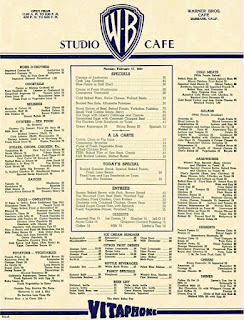 Crab leg cocktail, Roast Sirloin of Beef with all the trimmings, followed by a nice slice of fruit pie cost a total of $1.10.

Those were the days!

The BFI is awarding director, writer, actor, producer, author and professor Spike Lee with a BFI Fellowship, its highest honour. It celebr...